Day 7: The Mill at Avoca Village 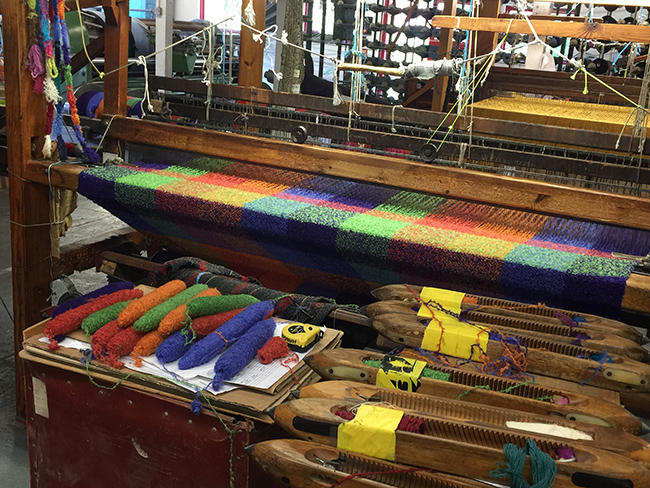 About a month before my trip to Ireland, I get a text from my friend Pam Olney ( @quiltersgarden ) who was currently IN Ireland.  She told me  I had to add Avoca Handweavers as a stop on my trip.  I love getting recommendations from my fiber art friends! 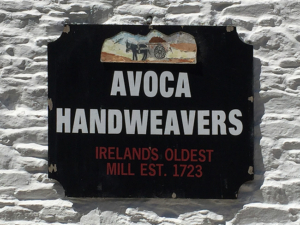 Established in 1723, Avoca is the oldest mill in Ireland still in production.  Although it has gone through it’s ups and downs, Avoca Handweavers is now a thriving International business, employing over 800 people.  While there are 10 Avoca retail locations around Ireland, the Avoca village location allows you to tour the old mill, the current weaving production facility, as well as having both a wonderful café and giftshop. 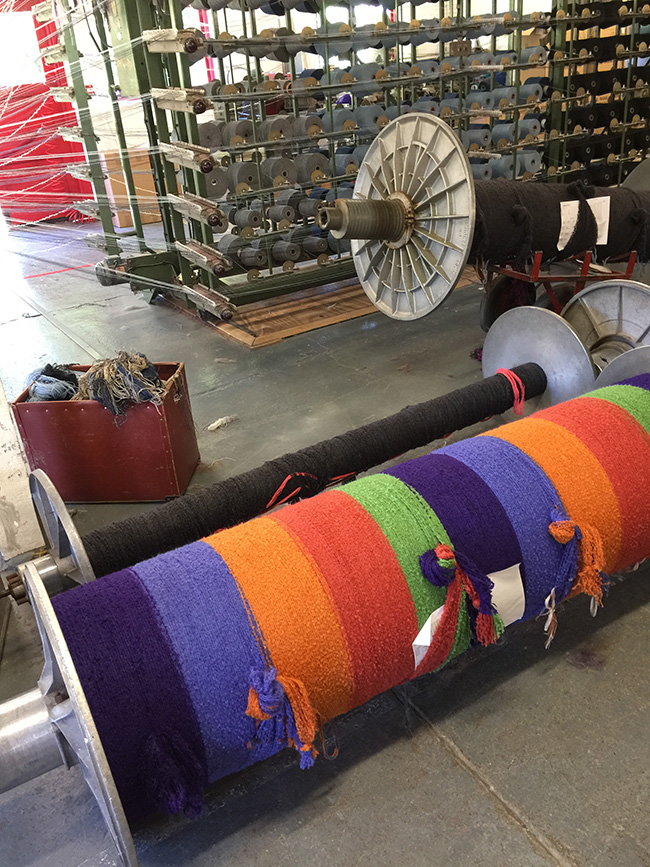 In background, the threads are fed in the correct sequence onto the “Swift” and then onto a “Beam”, like a giant spool for warping the loom. The beam is then lifted onto the loom to be “tied in.” It can take up to 2 days to complete the setting up of a warp.

The mill displays old weaving equipment, educational displays, explanations of the different processes, as well as modern equipment in use. 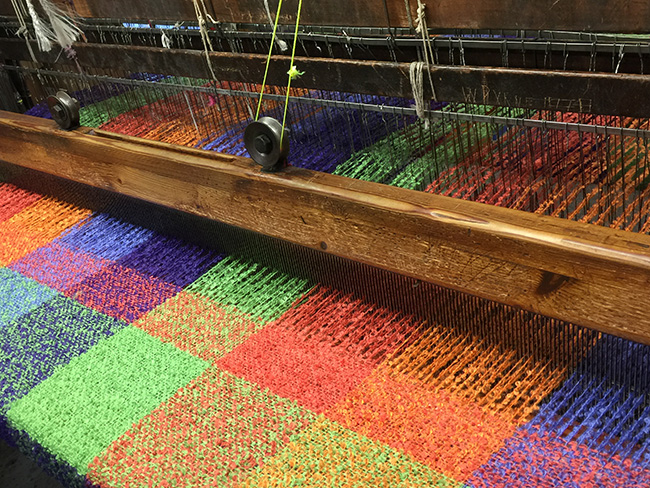 Here’s a short video from our visit to the mill showing the power looms, cutting and fringing machines in action: 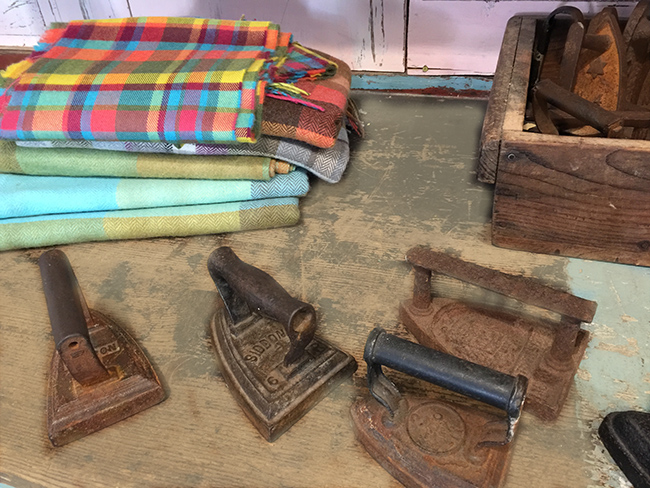 Christina with the Avoca Handweavers sign at Ireland’s Oldest Mill 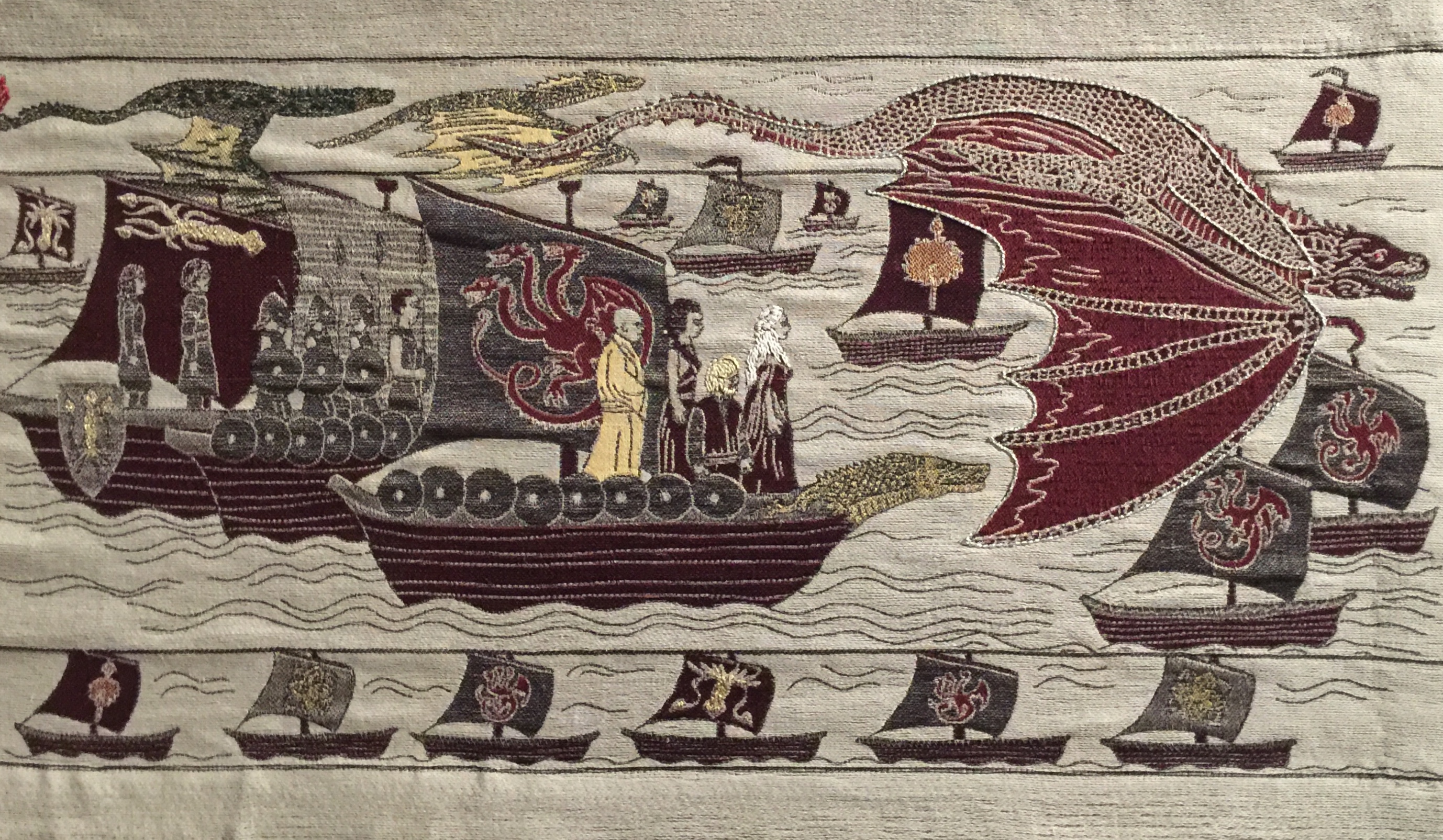 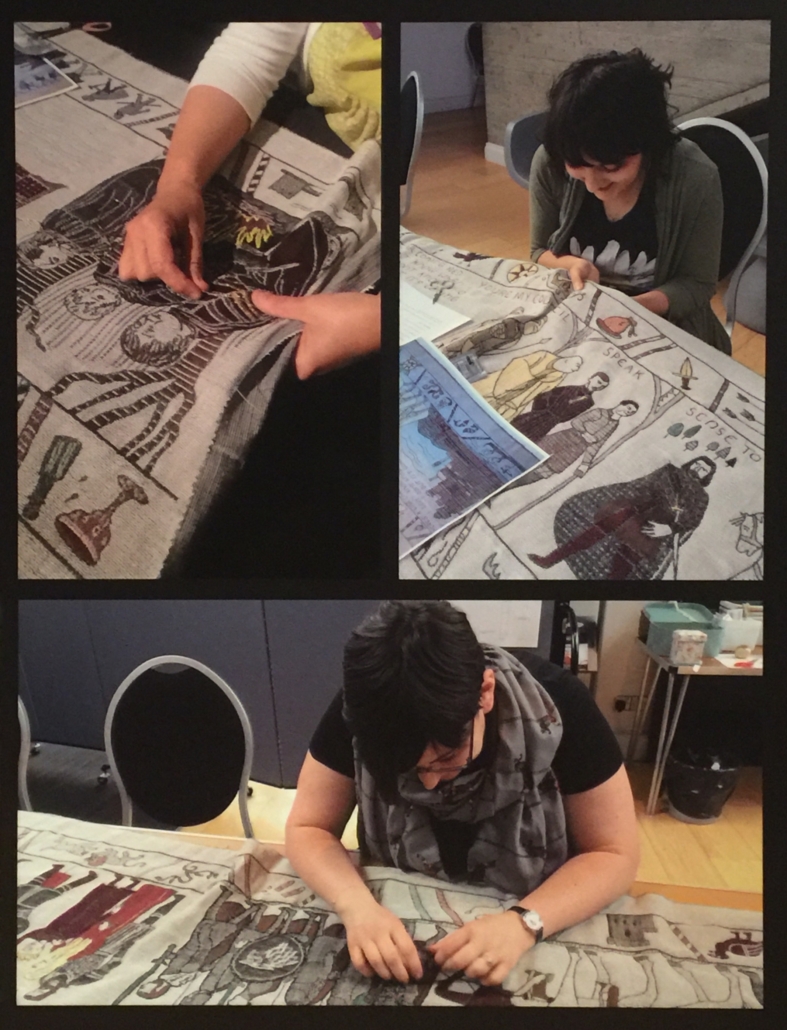 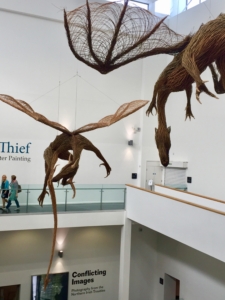 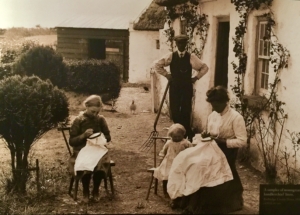 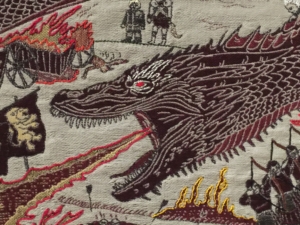 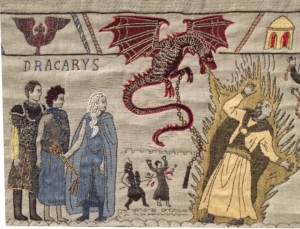